Building a root cellar into a hill 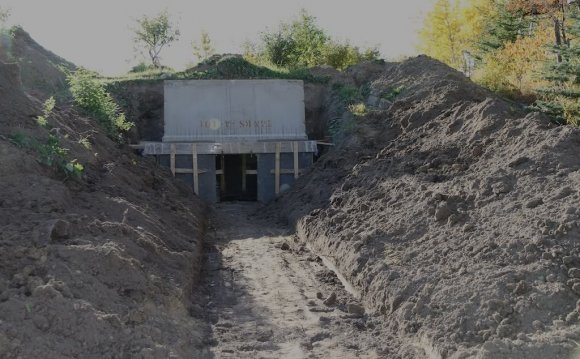 Old timers were smarter than we think. Their understanding of root cellaring as an art or science led to the construction of simple outdoor root cellaring techniques and eventually the root cellar itself. Their mastery enabled them to subsist in very harsh climates.

Personally, I obtained first-hand knowledge and experience which no doubt heightened my interest in root cellaring and root cellars. I experienced first-hand a root cellar pride that was developing in Elliston, leading to the community establishing itself as The Root Cellar Capital of the World.

This information piece on root cellaring and root cellars is long overdue. Two excellent books on the subject, The Complete Root Cellar Book by Steve Maxwell and Jennifer Mackenzie and Root Cellaring by Mike Bubel provided me with many ideas and the structural plan to present this piece as a resource document for Tourism Elliston Inc. Rex Chaulk, one of those “old timers” of Maberly, recently stated that he “could still teach Calv a few things about root cellars.” Who am I to argue? Hopefully, this piece will entice more people to undertake the art of root cellaring.

Certainly early settlers to North America brought their root cellaring expertise from England and particularly Ireland. The potato was first introduced to Ireland in the mid 1500’s and probably around 1588 in England. The potato became the main staple vegetable and was brought to North America by the earliest of settlers. Turnips and carrot were also introduced during the same time period. Root cellars were now required to preserve those vegetables over the winter months and into the summer months before the next harvest.