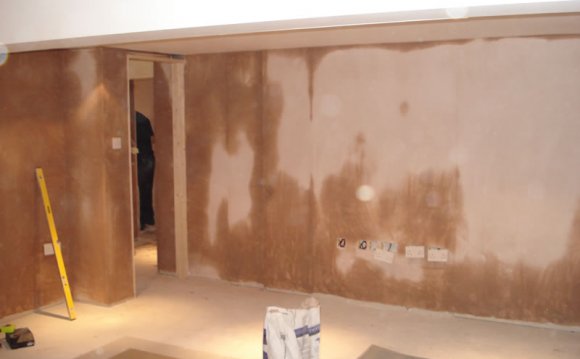 Moisture problems in existing basements are very common, but often are not understood or properly treated. In a basement that is seldom used and separate from the living spaces above, this may not present a great problem. However, most basements in Minnesota are connected to the rest of the house through ductwork or other openings. In addition, basements are increasingly used as finished living and bedroom spaces. In these cases, moisture problems are not only annoying and uncomfortable, but can lead to significant health problems. Molds and mildew can grow in damp carpets and beneath wall coverings. Finishing a basement without first dealing with the moisture problems can result in making health conditions worse and lead to significant damage as well. Basement water problems are solvable, but there is a cost to doing it right.

To correct basement moisture problems, it is necessary to understand where the water is coming from, and what mechanisms permit it to enter the basement. There are just three sources of moisture:

Moisture is transferred from the outside of the building to the basement interior by four mechanisms:

Sometimes problems are traced to poor construction with cracking, settling foundations. In many cases, however, houses and basements can be structurally sound but are often not properly built to handle water drainage. Failure to slope the ground surface away from the foundation or lack of a good gutter and downspout system is common. Missing or nonfunctioning subsurface drainage systems are also found relatively frequently. These problems can all be addressed and corrected if a systematic approach is used.

This publication briefly describes moisture sources, moisture movement mechanisms, and typical basement moisture problems. Then, a step-by-step process for addressing each problem is presented along with several detailed approaches to solving the problem.

In a one-inch rain, 1, 250 gallons of water fall on the roof of a 2, 000-square-foot house. Without proper grading, gutters, and downspouts, some of this water flows into the basement. The below-grade water table can also rise due to flooding or seasonal site conditions. This is why drain tile systems are recommended around basement walls even in sandy or gravel soils.

Moisture is generated inside of basements from people and their activities. Common sources are humidifiers, unvented clothes dryers, showering, and cooking. When basements are finished, these activities increase. Another source that can be thought of as internal is the moisture contained in new concrete after construction. In a typical house, this can amount to 0.2 gallons per square foot of wall, and 0.1 gallons per square foot of floor. It may take many months or even years for a new house to come into equilibrium with its environment.

Ventilation with humid outside air

In the summertime, basement windows may be opened for fresh air. If the outside air is warm and humid, it will condense on the cool basement wall and floor surfaces. Many homeowners see this moisture and believe they are experiencing basement wall leakage, when in fact the accumulated moisture is from condensation.

Capillary suction moves moisture through porous materials. The water can be drawn upward through small pores in the concrete footing and slab and laterally through walls. This effect creates the ring of dampness seen at the base of many basement walls. This is very common at cold joints. Water can rise by capillary draw significantly as shown below:

Air leakage through walls and floor

In most houses, a stack effect is created because warm air rises. This induces a negative pressure on the basement and draws moist air in through any cracks or openings in the foundation including open sump pits. For this reason, sumps should have an airtight cover. With a concrete block foundation, moist air is drawn through the block cores, especially if they are left open at the top course.

Vapor diffusion is the movement of moisture in the vapor state through a material. It is the function of the permeability of the material and the driving force of vapor pressure differential. In a basement, vapor can diffuse from the wetter ground through concrete walls and floors toward the dryer basement interior. Vapor retarders such as foundation waterproofing and polyethylene slow down this process.