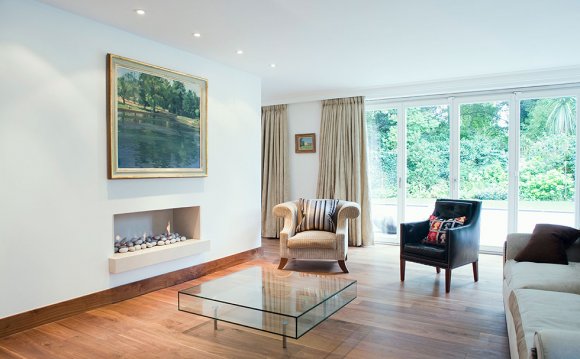 The modern air conditioner was invented only in the 1920s, and it didn’t become a common home feature until the latter half of the 20th century.

But, while some of us might wonder how our grandparents survived hot and steamy summers, the fact is those older homes had a few tricks up their sleeves. They were designed and built with features to help them stay cool without AC.

Mary Wheeler Schap is a registered architect who designs and restores historic buildings to their former glory in Cincinnati, Ohio. She offered this expert insight into the features that made older homes livable in the heat.

In northern states, it was common to create a “stack effect” by opening windows in the basement and top floor. This generated a cool breeze through the house. Further south, before AC many homes were built on blocks, allowing breezes to flow underneath and help keep them cool all summer long.

Ceilings as high as 10, 12 and even 14 feet were common in older homes. As heat rose to the ceiling, lower areas stayed cool and comfortable. Ceiling fans—powered by electricity or elaborate rope systems—also facilitated air movement.

A transom—a small window over a door—allowed warmer air at the ceiling to circulate up to higher floors, providing more air movement throughout the house. Transoms over exterior doors often had hinges and special hardware. This allowed easy access to open and close, helping create airflow while still providing security.

Many older and historic homes had large, double-hung windows. Opening the top sash would allow hot air near the ceiling to escape. Opening the bottom sash, especially at night, allowed cool air to flow inside. Rooms had many windows, some as large as doors. Thick, long draperies were often used in these large windows to keep out the heat. People would “draw the drapes” to help keep a room cool without sacrificing light.

Wraparound porches offered shade from the direct sun while still allowing light to pour through windows. Screened and furnished sleeping porches were also very common. People would sleep outside to catch the cool breeze of the summer night without all the bugs. Many believed that fresh air had health benefits.