How to Install crawl space Vents? 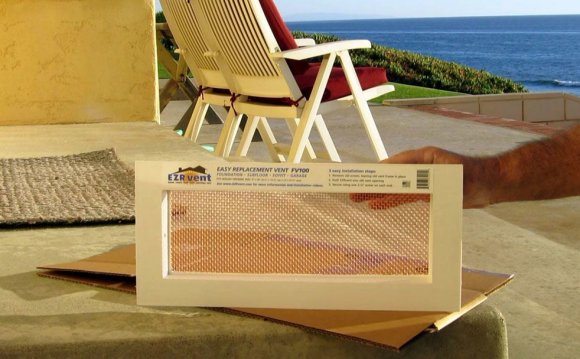 Homes are usually built one of three ways. They are either constructed on a slab foundation, on a block knee wall providing a crawl space or on top of a full basement. The first method and the latter method are not concerned with venting issues or pesky animals looking for a warm home in the winter. Houses that are constructed on a crawl space face both of these problems.

A crawl space allows the homeowner access to the underside of his home and provides a convenient place to run all of the ground-floor plumbing, electrical and HVAC lines. However, there are also negatives associated with crawl spaces. A crawl space must have a point of ingress and egress, but it should also be secure so that the neighbor’s worrisome cat or the midnight prowling raccoon don’t decide to take up residence in your HVAC ductwork. In addition, a crawl space should be constructed so that it can be closed off to the outside air in the winter months to keep out freezing air. Otherwise, pipes could freeze, and your home will be harder to heat.

It would seem simple to just simply block up every hole in the crawl space to keep animals and cold air out, but this is not the case. A crawl space needs to be able to breathe to reduce the build-up of moisture, especially in the warm seasons of the year. Remember, water is probably a house’s number one enemy. If too much moisture builds up under a house it can cause mold and eventually lead to rot. In addition, termites enjoy warm, moist and stagnant air when searching for dead wood.

Proper foundation venting will help to reduce the possibility of a termite attack.

In order to combat these problems on a crawl space, it is a good idea to have a working door that can be used for ingress and egress along with multiple vents strategically positioned around the perimeter. Vents come in various types, but I prefer ones that can be open and closed depending upon the time of year and the outside temperature.

The Witten vents have a plastic grid on one side and wire screen on the other with louvers in between to help keep out creepy-crawly things.