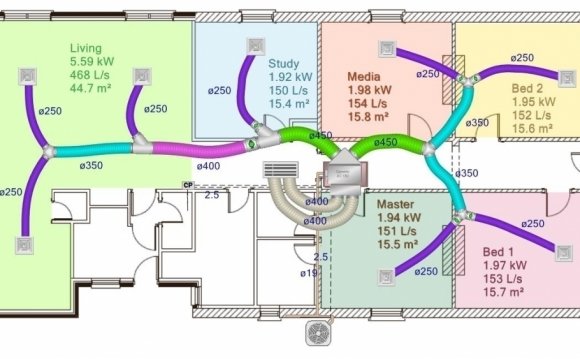 The push for energy conservation over the last few decades has resulted in houses being built "tighter" — more resistant to infiltration by outside air. However, the solution to one problem has created another: the need to get fresh air into homes that are sealed against the elements. In fact, most homes built since the energy crisis of the 1970s do not get adequate fresh air, says Mark LaLiberte, president of Building Knowledge in Minneapolis.

A whole-house ventilation system, as opposed to a whole-home air cleaning system, is bringing outside air into the conditioned space through intentional and controllable means, rather than through leaks and open windows. Ventilation of the conditioned space is controlled by fans or by dampers, which prevent air infiltration while the system is not in use. The devices also remove excess moisture that can be contained in a tight house and cause mold and other indoor air quality problems.

LaLiberte predicts that as many as 30 percent of the houses built in the United States in the next five years could have whole-house ventilation systems, compared with 10 percent or less today.

A basic house ventilation system can be relatively inexpensive. If the house has a forced-air furnace, installing a whole-house ventilation system can be very simple: Adding a duct to the furnace system and a damper to control the intake of outside air and removal of stale air and to maintain the proper pressure. Such an addition could cost as little as $300, LaLiberte says.

For a more effective whole-house ventilation system, check out an energy-recovery system: A heat exchanger extracts heat from the air before it leaves a house and uses it heat to help warm incoming air. In the summer, it works in reverse, helping to keep the home cool. The cost of such a system, LaLiberte says, would be about a couple thousand dollars.

Facycler.com documents low-cost and effective ventilation strategies for residential ventilation. Created by the Building Science Corp., the website also contains information about two other methods. Fan cycling assures that the central air-handler fan will run enough to distribute and mix ventilation air even when there is no demand for heating or cooling. A motorized air-damper cycling control prevents over-ventilation during long heating and cooling cycles and saves the cost of unnecessarily conditioning the "extra" outside air.

These controls will work with just about any heating and air-conditioning system, according to BSC President Betsy Petit. The exceptions are baseboard and radiant-floor systems.

While whole-house ventilation may not be as glamorous as selling stylish kitchen and bath upgrades, it can go a lot further in ensuring their long-term comfort.