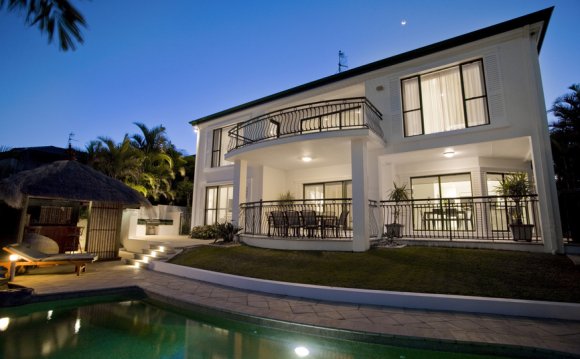 Concrete blocks and cinder blocks are both called CMUs, as well as splitface blocks and lightweight blocks. By definition, CMU is a "concrete masonry unit." CMUs are commonly used for the construction of commercial buildings, load-bearing foundation walls, and exterior retaining walls. However, there are big differences between CMUs.

Standard concrete blocks are made from cast concrete – Portland cement, sand, and gravel. They typically weigh 38 to 43 lbs. per block.

What is the difference between cinder blocks and regular concrete blocks? They look similar but cinder blocks are typically a darker gray color and their surface texture is more porous. There is a distinct difference in composition between the two. Cinder blocks contain less Portland cement which is partially replaced by pulverized cinder or fly ash from burning coal in power stations and cement kilns.

Cinder blocks are commonly lighter - typically 26 to 33 lbs. per block. In lightweight CMUs, gravel is replaced with shale or clay expanded at extreme temperatures which makes the blocks much lighter at 22 to 28 lbs. each.

Cinder blocks are typically more porous – a bane to homeowners with leaking cinder block walls in their basement. Some cinder blocks release mercury and other heavy metal contaminants – another reason for sealing them if possible.

Cinder blocks are more porous than standard concrete blocks or poured concrete. Only a thin wall (1-1/4 inch) separates the hollow core from wind-driven rain or water-soaked ground and when the core gets filled with water, from the indoors. If the cores are not properly filled with a slurry cement mix, cinder blocks are considered permeable to water and vapor (>10 perms). Standard concrete blocks are semi-permeable – about 5 perms or, when filled, about 2 perms.

In comparison, a good quality newly poured concrete wall 8-10 inches thick is impermeable (0.4-0.3 perms). If your foundation walls are cinder block, they are much more likely to leak than poured concrete walls after the exterior waterproofing coating deteriorates. It may take 5 or 10 years but the blocks will be on their own to fight against water pressure. It's a losing battle – they are permeable!

If you do not seal the cinder blocks with RadonSeal now, they may become unsealable after extensive water seepage – after the water has carried enough clay or soil through the concrete to fill the pores. The telltale sign of this would be brown or "reddish" color on the interior surface of the wall. The soil would prevent RadonSeal from penetrating and reacting with the concrete.

Exterior above-grade cinder block walls are not subject to hydrostatic water pressure but wind-driven rain pushes water right into the blocks and eventually, through the wall.

To waterproof, strengthen, and preserve the overall appearance of your cinder block walls, seal the blocks permanently against moisture and efflorescence with RadonSeal Plus Penetrating Concrete Sealer, the strongest concrete sealer available. RadonSeal® is easy to apply by homeowners and strong enough to be guaranteed by contractors. Follow these cinder block sealing steps:

1. Remove Paint and Efflorescence – The surface of the blocks must be bare and porous. Remove any paint either mechanically (wire brushing, grinding, sand-blasting) or with our industrial strength Lightning Strip paint remover. Brush off crumbling concrete, dust, and dirt. Light efflorescence can be removed with a wire brush or wire-wheel attachment. Alternatively you can use our safe and easy spray-on Efflorescence Cleaner.

2. Allow the Cinder Block Walls To Dry Out – If the wall appears to be damp (wet spots) allow them to dry out. Ventilate your basement or garage by opening windows and doors. Install a fan to improve airflow. If the blocks are continuously wet, drill weeping holes using a masonry bit at the bottom of each core.

4. Optional: Ion-Bond Armor – Let RadonSeal cure for at least 10 days, remove any purged efflorescence, and spray on Ion-Bond Armor Subsurface Elastomeric Concrete Sealer. This is also a penetrating concrete sealer which disappears into the concrete, where it bonds and reacts to make the waterproofing seal even tighter. RadonSeal alone is likely to do the waterproofing job on cinder blocks in good conditions but for more porous blocks or if you want to make sure, use also Ion-Bond.

Using RadonSeal with Ion-Bond to seal cinder blocks has proved foolproof for many a homeowner. However, very old or extensively leached out cinder blocks may require special steps to properly fill and seal the enlarged pores.

There are many different types of concrete blocks that vary widely among regions and manufacturers. Since RadonSeal seals concrete by reacting with cement, it cannot seal blocks with little or no Portland cement. And no sealers will seal blocks with unusually large pores. Examples: