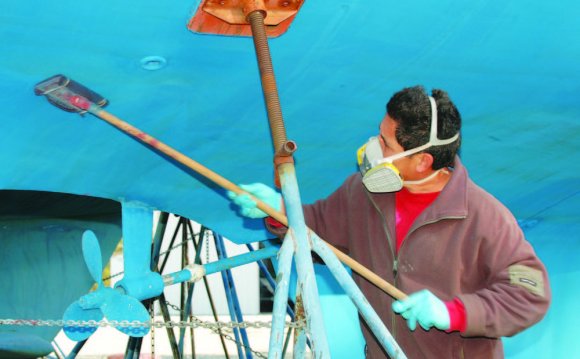 If there's one building science topic that confuses more people in construction than any other, I think I'd say it's the purposes and properties of the various control layers. I'm talking about the materials that are meant to control the flows or heat, air, and moisture. I'm going to limit this discussion to the control layers responsible for water vapor, but first, let me remind you of the article I wrote about vapor retarders a couple of months ago. If you don't know what permeance and the different classes of vapor retarders are, go back and read it.

A lot of people think you need a vapor barrier, or Class I vapor retarder, and that it needs to be on the inside of the house in cold climates and outside in hot, humid climates. Here in the mixed-humid climate I'm in, we build rotatable walls. We put the vapor retarder on the side appropriate for the season the house will be finished, and then every spring and fall, a crew goes out and rotates all the walls so the vapor retarder will be on the correct side in both summer and winter. OK, just kidding about that. There's no good side to put it on in our climate because we'd be wrong half the year anyway.

Anyway, what do vapor retarders do? They're materials that limit the diffusion of water vapor through building materials. That is, they prevent water molecules in the air from diving into your walls and jiggling their way through the materials in the building assembly, eventually congregating, condensing, and possibly turning your walls into a terrarium, though probably without turtles.

But here's the thing. Not much water goes through the materials by diffusion. If water vapor is getting into your building assemblies, it's probably not diffusion that's the culprit. The following two diagrams ought to prove it to you.

The diagram above, from the Builder's Guides by Joe Lstiburek, shows that over an entire heating season, only a third of a quart of water diffuses through a whole sheet of drywall. The permeance of unpainted drywall is very high, generally between 20 and 90, so it's not a vapor retarder at all.

Moral of the story: Air sealing is more important than vapor retarders.

Not sure you believe it? I was in Maine recently talking with the Building Science Discussion Group in Portland, and out of the room full of architects, builders, and contractors, not a single one could think of a single instance where moisture problems were caused by diffusion. It's always air leakage, they said.

Returning to the original question about whether you need a Class I vapor retarder (i.e., a vapor barrier), if you're getting almost no water vapor diffusing through something that's not a vapor retarder at all, I think the answer is clear. No, you don't need a vapor retarder, Class I or otherwise. By the time you paint the drywall, though, you've brought it into the Class III vapor retarder range (between 1 and 10 perms), and even less water vapor will diffuse through.

Class I vapor retarders have their place—under slabs and in crawl spaces, for example—but for the most part, you can forget about adding them to above-grade walls. Do a good job sealing up all the possible air leaks instead.