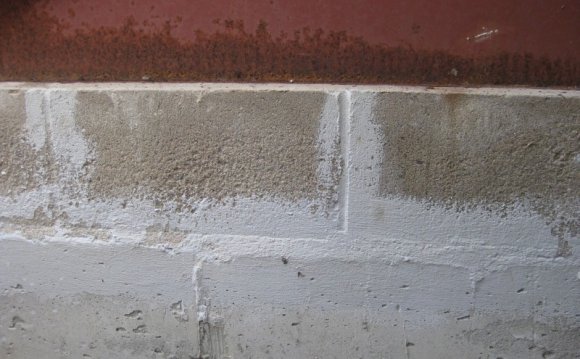 I bought a house in north Dallas, about a year ago, the house was built in 2000 and it is a single story house. There were no problems reported or found during the inspection for the foundation or the roof. The roof was replaced in 2012 and it appears to be in good condition, it has 3 tab shingles. The gutters have not been cleaned, but water does appear to be coming down just fine into the drain blocks all around the house, the house has all the terrain sloped away from the foundation, and I checked during this very heavy rains that we have had this week and there wasn't a single puddle of water anywhere near the house. There are zero indications of foundation issues, all windows/doors close perfectly and there are no cracks anywhere.

I haven't done the leaking test by turning off all water and looking at the meter yet, because it is still very rainy outside and with tornado warnings. However it does not appear to me that this is a pipe issue given the fact that it has only happened twice this week after very heavy rain that lasts over 10 hours, regular rain doesn't show this symptom at all.

During the year we have been living here I haven't noticed any foundation/roof issues and going to the attic appears to show no moisture or water coming in. This is the first time we notice this, it happens in a room close to the flower bed that happens to have stained concrete as its floor, there are other rooms with stained concrete, as well as rooms with hardwood floors but I could not find anywhere else where water was seeping thru.

The water appears to be coming through from the corner in the room with stained concrete that corner does happen to be the closest one to the flower bed, in which I found zero puddles of water outside. I did a small test and put some paper this second time, in the corner area where I saw the puddle of water the first time, I fell asleep unfortunately but I checked at 7:30 am all clear, at 10, the sheet of paper was completely soaked with water, at that point I very thoroughly inspected the whole perimeter of the paper it appeared to be bone dry, implying the water is indeed coming from underneath the stained concrete, next I grabbed a stair and very carefully touched the whole ceiling - it is completely dry no water stains either. That same corner is now completely dry and it has stopped raining for now.

This room and the rest of the house sits on top of a slab foundation. I should mention that during raining I inspected all the gutters drains and one of them was not properly going to the block, once I lifted the block, there was a puddle of water underneath the block, I simply moved the block closer so that it drains there. The soil here just like anywhere in north Texas is all clay basically, which I know does not absorb water well.

At this point I am not sure what the issue is, other than it seems like the water is coming through the stained concrete only in that corner in that room, and it has only happened twice since we moved a year ago, it happened yesterday and it happened today it has been raining almost non stop for 3 days now. Could anyone point me in the right direction as to what the problem might be?, or who should I call that could help me investigate the issue? roofer or foundation expert?.