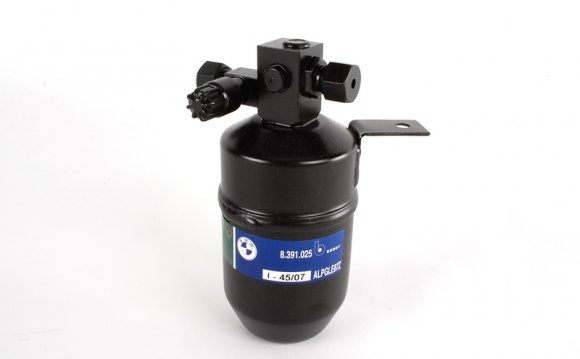 In Maryland, the summers are brutally hot. Just ask the Sisson family: Starting around April each year, their three-story 1942 brick house became more like a brick oven, even with the help of a few window-unit air conditioners.

They briefly considered installing a traditional central air conditioning system—“but if we’d done that, ” says Welmoed Sisson, “we would have lost all our closets because that’s where the giant metal ductwork would have had to go.” Fortunately for the family’s comfort and the house’s well-being, Welmoed’s husband, Bob—in her words, “an avowed technogeek”—discovered an alternate solution: a high-velocity, mini-duct HVAC system.

As the name implies, the system pushes conditioned air at high speeds through small ducts. For old-house owners, the main attraction is that the small (3″ diameter), flexible ducts can be snaked through walls and on top of ceilings without the need to cut big chases or drop a ceiling. And unlike the large wall-, floor-, or ceiling-mounted air registers and grilles required for a traditional HVAC system, mini-duct systems deliver conditioned air through grilles that are smaller than an audio CD.

While high-velocity mini-duct systems are often used to cool old houses that are heated by radiators, they also can be used to deliver heat. Two companies in the U.S., Unico and SpacePak and one Canadian company, , manufacture complete systems that also can be mixed and matched with other companies’ furnaces and air-conditioning components.

Having some basic knowledge about how traditional heating and cooling systems work will help you understand what’s involved with installing a mini-duct system. An air conditioner does make rooms cooler, but what it’s actually doing is removing the heat from the air in your house. More accurately, it moves the heat from inside the house to the outside.

Central air-conditioning systems are comprised of both indoor and outdoor components. A closed loop of copper tubing contains a refrigerant, commonly known as Freon, that is constantly circulated from the inside of the house to the outside, then back in.
You’ve undoubtedly seen the outdoor component of an air-conditioning system—the compressor/condenser unit, which is usually set on a concrete pad on the shady side of the house, making a fair amount of noise and giving off a large amount of heat.

Inside the house is a matrix of ductwork connected to a plenum, which is a large air distribution box. From the plenum, one system of ducts delivers cooled air to the rooms through vents on the floors, walls, or ceilings. A second duct system, known as the return, pulls warm air from the rooms. Connected to the plenum is an air handler with a fan and an evaporator inside.

Here’s how it all works in concert: Pressurized liquid refrigerant enters the house inside the loop of copper tubing, where it’s carried to the evaporator. The evaporator then sprays the refrigerant through a nozzle, causing its temperature to drop as it evaporates inside the tubing and turns to a gas. At the same time, warm air from the return ductwork passes over the evaporator, causing the heat in the air to be absorbed by the cooled, gaseous refrigerant. The cooled air is then pushed through the air handler, into the plenum, out through the delivery duct, and through the vents into the room.

Back to the now-hot, gaseous refrigerant: It’s pumped outside the house into the compressor/condenser unit. The compressor further pressurizes the gaseous refrigerant, which raises its temperature. The high-pressure, high-temperature refrigerant gas enters the condensing coil, where it is cooled to a liquid state by a fan blowing outside air across the condensing coil. The fan blowing across the coil releases the heat into the atmosphere and cools the refrigerant, turning it back to a liquid before it re-enters the house, and the whole process continues.

Forced-air heating systems use the same ducts as the A/C, but the air is heated by a gas- or oil-fired furnace and pushed through the ducts into the rooms.

A high-velocity, mini-duct system operates similarly to conventional systems in that it also moves heat out of a house by absorbing it indoors and releasing it outside. Both systems use refrigerant, an air handler, evaporator, and a compressor/condenser.

So how is a mini-duct system different? To understand the distinction, imagine that a mini-duct system is a plastic drinking straw and a traditional system is a cardboard paper-towel tube. To get an idea of how much space a mini-duct system takes up in your house, think about how many straws you can stand upright in an average coffee mug versus how many paper-towel tubes. Now think about blowing air through a plastic drinking straw and then through the cardboard tube. In order to exhale the same amount of air, it has to travel much more quickly through the straw.

The velocity of air that comes through a mini-duct vent has a lot to do with both where the ducts are located in a room and the number of ducts used. Going back to the straw and cardboard tube, imagine blowing that air on a stick of burning incense. When you blow through the tube, chances are the smoke will just continue on its lazy way to the ceiling. But blow through the straw, and the smoke will disperse and move through the room. That’s due to the high speed of the air and something called Bernoulli’s principle: an increase in air speed creates a vacuum behind the air flow that pulls more air back toward the source of the flow.