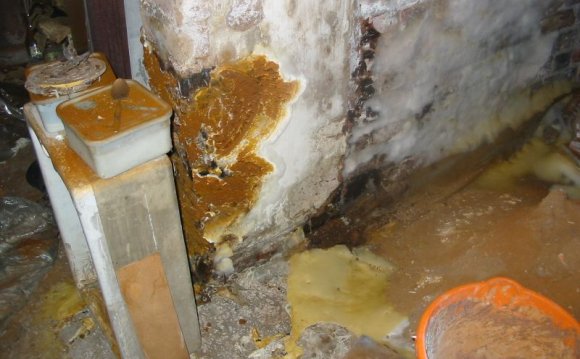 The pathogen that causes timber rot of tomato is the same one that causes white mold on snap bean and soybean and has a host range of over 170 crops including many vegetables. Pathogen spread and disease development is greatly influenced by the prevailing weather conditions and production practices that contribute to poor air circulation and moisture retention as well as successive years of cropping susceptible hosts will increase pathogen density in the soil. Timber rot is a cool, moist-weather disease that is especially severe when the temperatures are between 59 and 70˚F under high humidity, rainfall and/or heavy dews. In 2009, the cool and wet conditions that prevailed across Pennsylvania were very favorable for white mold across many susceptible hosts and may have increased pathogen populations in those fields that then serve as a source of the pathogen for this season.
How do I know if my tomato plants have this disease?

White mold/timber rot typically initiates either in a leaf axil, where a flower blossom falls and becomes lodged providing a nutrient source or on damaged stems or petioles. The pathogen does not infect healthy tissue until after it has colonized dead or senescent plant parts such as flowers or leaves. The lesions initially have a water soaked appearance and will gradually enlarge to cover the stem. Older lesions will eventually become bleached and light gray to brown in color. When environmental conditions favor the pathogen, dense white mycelium will develop on the surface of the lesions and large black sclerotia will develop on the outer surface of the lesions or within the stem.

Is this disease seed-borne or does it survive in my soil? (Where did it come from?)

Timber rot is caused by the fungal pathogen Sclerotinia sclerotiorum. It produces sclerotia which are hardened masses of mycelium that have thick melanized rinds and are highly resistant to degradation. This overwintering structure allows the pathogen to survive in the soil in the absence of a host for as short as a few months to as long as 10 years depending on the soil conditions (temperature, moisture and depth). In response to environmental conditions, the sclerotia within the top 1 to 2 inches of the soil surface will germinate and produce a mushroom type structures called apothecia that will release ascospores that are carried by the wind. The ascospores are very sticky and if protected they can survive on the leaf surface for up to 2 weeks. Sclerotia buried deeper in the soil profile will not germinate until tillage or another form of soil disturbance brings them to the soil surface. Secondary spread during the season only occurs when there is direct contact between the symptomatic tissue and healthy tissue. Keep in mind that the pathogen must first become established on senescing plant tissue before it can infect and colonize the tomato plant. It requires a food source in order to produce the enzymes that are used to break down and degrade the plant tissue.

There are four primary ways that fields can become infested with sclerotia. The most common is when susceptible crops and weeds become infected by ascospores coming from adjacent infested fields. The pathogen is able to then complete its lifecycle and produce sclerotia that infest the field. Wind-blown infested soil or crop debris and/or contaminated equipment can also introduce sclerotia into the field. Surface irrigation water or rain can move sclerotia between fields. Sclerotia can also be introduced into a clean field via infested seed. This is most common when infested fields are harvested for seed and due to the size and density of the sclerotia they are not separated from the seed.

I always purchase my tomato plants from a transplant producer. Do I need to start growing my own in order to avoid this disease?

The timber rot pathogen is not typically thought to be spread via transplants the way other diseases such as bacterial canker are. However, it is still important to have a good relationship with your transplant supplier and make sure that they have a good disease management program in place that emphasizes proper sanitation and environmental management.

Are there other plants that get this disease?

Sclerotinia sclerotiorum has a world-wide distribution and a very large host range that includes over 408 plant species including many vegetables and common weeds such as snap bean, cabbage, potato, tomato, as well as alfalfa, soybean, sunflower, canola. Susceptible weeds include lambsquarters, pigweed, Canada thistle, and wild mustard and can plant a critical role in the disease cycle.