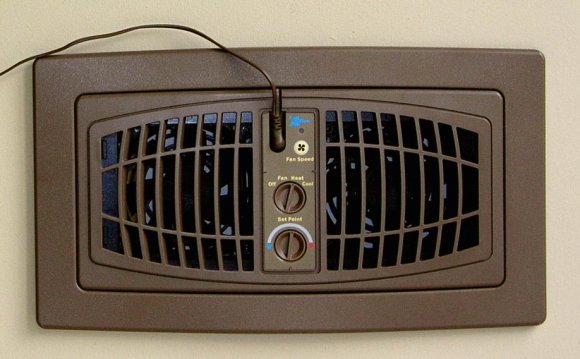 What You THINK You Know About Heating, Air Conditioning and Energy Efficiency May Be Costing You Money!

Today more than ever, everybody’s looking for ways to use energy more efficiently around the house and cut down on utility bills. But when it comes to heating, cooling and using home appliances, there are more myths, urban legends, and old-wives-tales out there than you can shake a stick at. In fact, some of the more popular myths that you may think are saving you energy and money are actually doing the opposite.

The time has come to set the energy-efficiency record straight. Here are the facts on some of the most common home energy myths, fallacies and outright falsehoods:

MYTH: Closing off vents and registers will reduce your heating bill.
False. If you have a modern forced air heating system, the pressure load is balanced throughout the house. Blocking the vent will impact how the system inhales and exhales air; it can throw the system out of balance, causing it to have to work harder or possibly break down.

Also the most energy efficient practice you can do is to have heat evenly distributed throughout the house. Blocking vents in certain rooms will make those rooms colder. Because heat moves from greater concentrations to lesser concentrations, these colder rooms will draw heat from other rooms in the house, making the whole house feel colder and causing you to raise the thermostat.

MYTH: Fiberglas insulation alone keeps cold air out of your home.
Fiberglas actually does a better job at keeping heat in than keeping cold out. If you have cracks, air leaks and drafts anywhere in your house, the cold air will seep in no matter how much insulation you have. Air sealing is the most important thing you can do to plug these holes and gaps and keep the chill from creeping in.

MYTH: Leaving a ceiling fan on will cool a room…even when you’re not there.
Fans cool your skin, not the air; they do not lower room temperature. A fan works by circulating the air in a space; when the air moves across the skin, we feel cooler even though the air temperature in the room remains the same. If a fan runs in a room when no one is there, no one is feeling its benefits. So it’s just wasting electricity.

MYTH: Buying an energy efficient furnace or air-conditioner will automatically reduce my energy bill.
Not necessarily true. Even the highest efficiency-rated heaters and air conditioners can cost you more money to operate if they are improperly sized or installed. According to the Department of Energy, shoddy installation and improper sized equipment can waste as much as one-third of your energy consumption.

MYTH: Duct tape is good for sealing ducts.
Duct tapes has many great uses. But despite the name, it actually does a pretty lousy job at sealing ducts. It doesn’t work well in dirty or dusty conditions…and you can’t get dirtier or dustier than an air duct. Also, the tape tends to fall off as it ages and the adhesive dries out. Mastic tape sticks, seals and insulates much better.