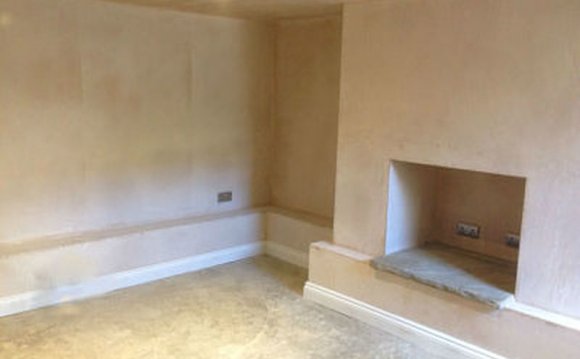 A hundred years ago, homes had cellars, not basements. The typical cellar has stone-and-mortar walls and a dirt floor. Such a cellar is cool and humid, so it's the perfect place to store carrots and potatoes. If a cellar floor got wet during the spring thaw, no one cared. After all, it’s not as if anyone was playing ping pong down there.

But the results of these efforts were uneven. Millions of Americans are still living in homes with damp basements.

This article will focus on ways to fix a damp basement so that it’s dry enough to use as indoor living space. Before tackling that topic, though, I’ll briefly outline the steps used during a new construction project to keep the basement dry.

Remember: fixing a wet basement can cost tens of thousands of dollars. It will never be easier to get the details right than when a home is first built; spending a few hundred extra dollars now can save thousands later.

If you are building a new home, and you want a dry basement, you should specify:

Unless you are planning to have a basement bedroom, it’s best to eliminate basement windows, since windows can provide paths for water leaks.

If your basement is damp, it's probably because some of the measures advised for new construction are missing. For example, many older homes have no footing drain or polyethylene under the slab.

How do you know that your basement is damp? There are lots of signs. For example, when you put a cardboard box on the floor, the cardboard disintegrates. Maybe you noticed that mold is growing under a carpet. Maybe the walls feel damp.

Another clue is the distinctive odor of mold.

Mold is associated with high humidity. The humidity in your basement may be coming from the soil — water can leak through cracks in a concrete wall, or moisture may be constantly evaporating form the interior side of the vapor-permeable and always-damp concrete — or the humidity may be condensing from the air inside your home.

During the winter, condensation occurs near the top of the basement walls, since those areas are coldest. During the summer, on the other hand, the coldest concrete surfaces are the slab and the lower sections of the foundation walls — so that’s where the condensation happens.

There are two reasons you might want to install a continuous layer of rigid foam insulation under a basement slab. First of all, the insulation slows heat loss during the winter. More importantly, perhaps, the insulation warms up the slab during the summer, reducing the chance of condensation. That means that your basement won’t smell moldy, and your slab will be warm enough to allow you to install carpeting. (If you install carpeting on an uninsulated slab, there is a high likelihood that you have established conditions for a mold farm.)

So, you know that your basement is damp, and you want to fix it. What’s the first thing to do?