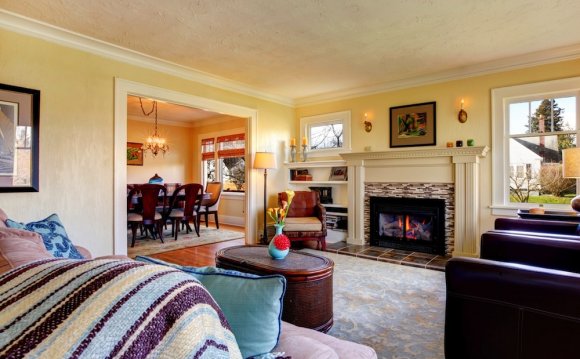 When I was up in North Carolina this past summer, I went to a restaurant that had the duct you see in the photo here. You may not be aware, but this duct design has a fatal flaw. Well, it's not fatal in this application, but it can certainly lead to air flow problems. Can you spot it?

First of all, this is a supply duct trunk line, which sends the conditioned air out to the rooms that need to be heated or cooled. In this case, it's a commercial application with an exposed duct, and all the vents are just cut right into the trunk line itself. They're also all in the same room, and that's why the flaw here doesn't really create a distribution problem in this case.

It's possible, though, that you have a supply trunk line in your attic or crawl space or basement, and if it has the same kind of problem shown above, you may have rooms that don't get enough air from the air conditioner, heat pump, or furnace. (Of course, it may be more likely that you have a ductopus in your home.)

What's the flaw? See that vent on the very end of the trunk line? That absolutely should not be there. Think about the air flow. The blower is pushing air down that big duct. If that air gets to the end of the line and finds nothing to stop it, most or all of it will go straight out the end.

Even worse, there's this little sciencey thing called Bernoulli's Principle, which says that the pressure is lower in a moving air stream than in still air. With a moving air stream that's all heading for a grand exit at the end of the tunnel, any branches off to the side may actually cause air to move in the opposite direction that the duct design calls for. The air moves backwards!

In the diagram above, you can see this principle illustrated. If those three vents actually serve different rooms, one room is going to get way too much air while the other two actually get no conditioned air...if they're lucky. If they're unlucky, the so-called supply vent actually sucks air out of the room. The room may end up with negative pressure, thus pulling in unconditioned air, with all its heat and humidity or freezing coldness.

The takeaway lesson here is that trunk-and-branch duct systems should have no vents at the end of the trunk line (the end cap).