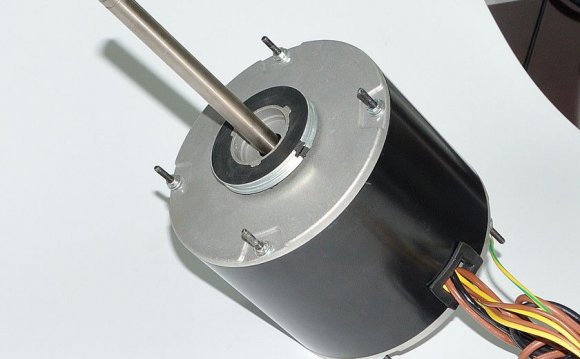 Before you begin, make sure to pull out/turn off the serviceman switch, and/or turn off the breaker, to remove power to the unit. Once you open the unit, you'll want to discharge the capacitor(s). A charged capacitor can store enough energy to kill you, so you want to make sure you discharge them.

To check the motor, you're going to want to check the resistance of the coils in the motor. To do this, you'll need a multimeter set to measure resistance in Ohms. You'll also have to identify the wires, which will depend on the unit you're working on. Use the schematic printed inside the unit, or in the manufacturer's documentation, to determine which wires are which. You'll want to determine which wires connect to the Common, Run, and Start motor terminals.

Once you know which wires go where, you'll measure the resistance as follows:

Make note of all the wires connected to the capacitor, then disconnect them. Then set your meter to measure capacitance in microfarads (uF). Touch one meter lead to the terminal marked C (common), and the other to the terminal marked FAN. Hold the leads on the terminals until the meter settles, then take note of the reading. With one lead still on C, put the other lead on HERM. Again, wait for the meter to settle, and note the reading.