Getting rid of moisture in house 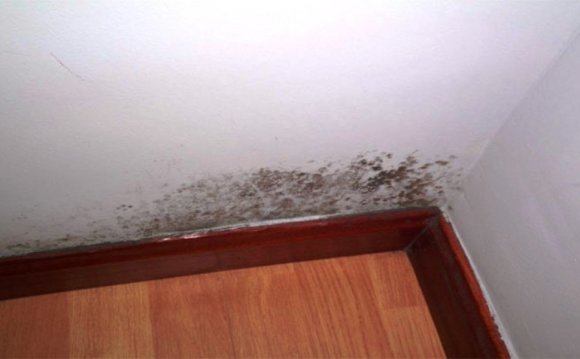 Causes and Cures for Window Condensation

Each winter sees more and more homeowners vitally interested in solving window condensation. Window condensation is not a happy interest because of bad experiences, which range from irritating to downright expensive.

It may strike you as odd, but the growing condensation problems of the nation are caused by progress. If you have trouble with window condensation, it’s probably because you live in a “tight” modern home that you can heat for a fraction of the money it took to heat the house your parents lived in—a home that’s cleaner and more comfortable besides! Your condensation problems also result from use of labor saving appliances that make life easier than it used to be.

This article explains the moisture problem of the “tight” home. It offers suggestions for curing condensation problems in existing homes and provides additional suggestions for you who are planning a home. You unquestionably will build a “tight” home, and there are more things you can do to prevent excessive moisture when you build than can be done in a home where the problem already exists.

A little fog on the lower corners of your windows now and then probably doesn’t bother you. By the time you’ve thought about it a second time it has usually gone away. But we are talking about excessive condensation. Condensation that blocks whole windows with fog or frost. Water that runs off windows to stain woodwork, or in serious cases even damage the wallpaper or plaster. If you have this kind of condensation on your windows, you have good reasons to be concerned and good reason to act.

Don’t worry so much about the windows where you can see the effect of excess humidity. You should worry more about what excess moisture may be doing elsewhere in your home. It may be freezing in the insulation in your attic where it will melt and damage your plaster exactly like a roof leak when warm weather comes. Or it may be forcing its way out through siding to form blisters under your exterior paint. That means the most expensive kind of a paint job. It’s easy in such cases to blame the paint, or the insulation, or the windows, but it’s wrong to blame them. The real villain is invisible. It’s water vapor. The best, and usually the only way, to prevent this trouble is to get rid of excess water vapor. Once you’ve equipped your windows with good storm windows, there isn’t very much more you can do to the windows to lick condensation.

Humidity, water vapor, moisture, and steam are all the same in that they are each a form of water. Humidity is an invisible gas. It is present in varying quantities in nearly all air. This moisture in wet air tries to flow toward drier air and mix with it. Scientists describe this force as “vapor pressure.” It is often a very powerful force indeed. It can act independently of the flow of the air which holds the moisture. Vapor pressure can force moisture easily through wood, plaster, brick, and cement—right through most of the materials we use to build our homes. That is exactly what happens when moisture seeks to escape from the humid air usually found inside your home to the drier winter air outside.

Certain building materials stop water vapor. Glass is one of these. Also on this list are some varnishes, paints, tiles, and plastic wall coverings. Vapor-seal insulation is designed specifically to stop the escape of water vapor and protect the insulation and your walls from the ravages of water.

Increased use of these “moisture trapping” materials in the last few years has created the modern “tight” home. Moisture created by bathrooms, kitchens, laundries, and occupants no longer flows easily to the outside. The modern insulation and construction that keep cold air outside also keep moisture in, so it is very easy to build up excessive and even harmful moisture levels in such a home. American Builder magazine calls the problem a combination of many causes that build excessive moisture in the modern home.

First, more washing, more bathing, more showers, more appliances, and more gas furnaces all pour more water vapor into homes than in former years. Heating and Ventilating magazine provides builders with reference data on sources of water vapor. For instance, cooking for a family of four adds 4.5 lbs. of moisture a day to a house. Each shower contributes half a pound, a weekly laundry 30 lbs., human occupancy 6 to 8 lbs. per day, dish washing 1.2 lbs., etc.

All of this moisture must eventually escape from your home. So you see that the modern living of a family of four can easily release 150 pounds, or more than 18 gallons of water per week into the air in your home! And houses with no basements have further moisture problems.

Increased production of humidity is only part of the story. Houses generally have been growing smaller, which means an even greater concentration of water vapor is trapped by modern tight construction. It means more moisture contained in less space.

There is no wonder we’ve created a condensation problem for ourselves.

How To Reduce Humidity

David Bareuther, Associated Press Building editor, sums up the problem of reducing humidity by saying there are only three ways to reduce humidity: