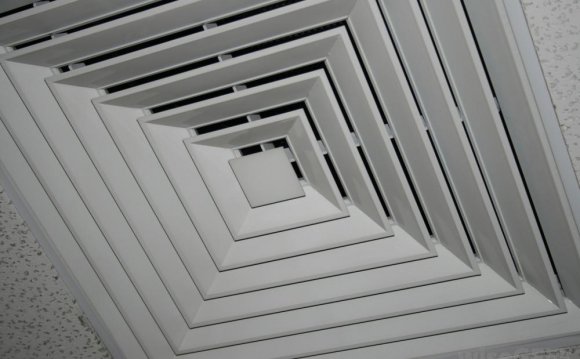 Nest created a whole class of copycat smart thermostats. But the vents that actually crank out all that finely tuned air still remain largely in the shadows.

“Consumers really don’t think about them, ” says Ryan Fant, CEO of new company Keen Home. It’s easy to see why—air vents are designed to be camouflaged, by clinging discreetly to the ceiling—but that might be set to change. Keen Home’s inaugural product is the Smart Vent, which could do for individual rooms what smart thermostats do for the house.

“In homes with central air and cooling there’s a vent in every room, but no one touches them, ” Fant says. Thing is, there will always be large swaths of time when you don’t need your bedroom to be as warm as, say, the kitchen. “They’re getting the same airflow, and that’s the genesis of the whole problem: air is going into rooms at the same rate, which doesn’t make any sense, ” Fant says. By closing off certain air vents, during certain hours of the day, “you can make a 3, 500-square-foot home as efficient as a 2, 000-square-foot home.”

Keen’s Smart Vents make it possible for homeowners to do this with an app, rather than a bulky stepladder. The vents are rigged with sensors for temperature and pressure. Once installed, you tell the vent, via the app, what room it’s in (the bedroom, the home office, the den) and it goes about building a profile for that room. If the vent gets assigned to the home office, for instance, it comes pre-programmed with the knowledge that the room will be occupied from about 9 a.m. to 6 p.m., Mondays through Fridays. The Smart Vents stay open during those hours, and closed during the rest. Should the home office worker need to log a few extra hours one night, he’ll just adjust the occupancy settings manually in the Keen app. Like other smart gadgets, Keen will also remember user habits and intelligently open and close vents accordingly. Initial studies show this cuts down the run time on air vents by an average of 22%.