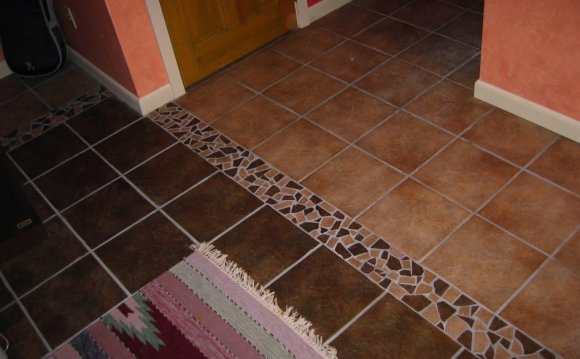 With a basement remodel underway, Jeff Dieterle weighs his options for a trouble-free floor. "We want to do the kitchen and bathroom in tile or stone and the rest of the area in wall-to-wall carpet, " he writes in a Q&A post at Green Building Advisor.

So far, he's found two products that would seem to work: Ditra-Heat under the tile or stone sections of flooring, and a product called Delta FL in tandem with tongue-and-groove plywood under carpeted sections.

Dieterle has never had a bulk water problem in the basement in the 17 years he's lived in the house. Even so, he's not sure that the Delta membrane/plywood combination is a good idea.

"Not fond of the T&G plywood in the basement as everything else will be mold-proof, " he writes. "Are there other options beside inorganic individual tiles? Or is the Delta FL system reliable?"

That question is the start of this Q&A Spotlight.

There are two types of potential water problems in a basement, GBA Senior Editor Martin Holladay says. One is the possibility of water leaking in from the outside; the second is that a cool concrete slab can become a condensing surface for moisture, particularly in the summer. The first is apparently not a problem here.

"In general, " Holladay adds, "you don't ever want to install carpeting on a concrete slab unless you are sure that there is a layer of horizontal rigid foam under the slab. (The foam insulation keeps the slab near the interior air temperature, greatly reducing the chance of condensation.) Without the foam insulation layer, you can get moisture build-up and mold under the carpet."

Most older houses don't have a layer of foam beneath the slab. Assuming that's the case here, Dieterle could add a layer of foam on top of the concrete, followed by one or two layers of 3/4-inch tongue-and-groove plywood and then the finished flooring.

Holladay's suggestion of foam and plywood seems "almost identical" to the Delta FL system, Dieterle replies, so he'll just stick with that. And even if the best possible flooring in this situation might be concrete, or tile over concrete, his wife "is not going to budge from wall-wall carpet."

No, the two approaches are not the same

You're wrong about that, writes Dana Dorsett. The Delta FL systems bears little resemblance to rigid foam insulation and plywood.

"Foam and subfloor have a substantial and knowable R-valueMeasure of resistance to heat flow; the higher the R-value, the lower the heat loss. The inverse of U-factor. , whereas Delta FL has no rated R-value, " Dorsett says. "While the material itself isn't mold-food, almost anything put put on top of it will be — especially the rugs."

The R-value of the Delta FL membrane could be less than R-1, he adds, and while that would be enough to protect bare feet from the cold concrete, it would still create mold conditions on the bottom of the rugs during the summer when the dew points of the room rise.

"To use rugs in a basement without sufficient R-value below it to keep the bottom of the rug well above the dew point of the peak summertime outdoor air dew points is to invite a mold disaster, " he says. "The R-value required to get there varies with location, since the outdoor dew points and subsoil temperatures are all local. But any place cold enough to warrant a wood stove in the basement [as Dieterle plans to do] would have subsoil cold enough to need at least R-3 under the rug to be safe anywhere in the ‘A’ zones of the U.S. (climate zones 4A though 7A).

"And heating with resistive mats without at least R-5 (R-10+ would be better) would have a disproportionately high operating cost, too, " he adds.

The problem isn't moisture migrating through the concrete

Quoting literature from the manufacturer's website, Dieterle says that Delta FL is designed to stop water vapor from seeping up through the concrete.