Should I have cavity wall insulation 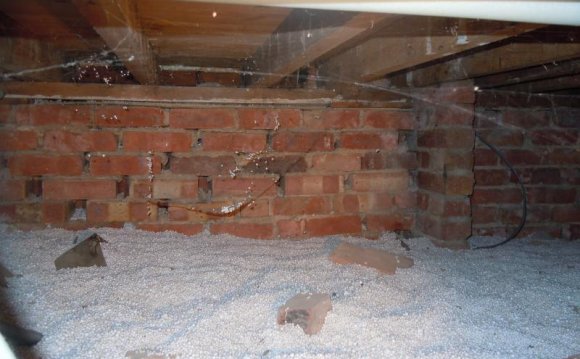 What the minister has done is write a letter to The Daily Telegraph – which wasn’t published – berating me for, “failing to recognise that the vast majority of (CWI) installations, over 99 per cent, go ahead without any problems”.

The minister is quite right; I have failed to recognise that figure. For the simple reason that it is pure fiction. Until recently, nobody has had any idea of how many homes have CWI defects, because no independent study has ever been carried out.

CIGA (Cavity Insulation Guarantee Agency) states: “Problems with cavity wall insulation are exceedingly rare, affecting only around two in every 1, 000 installations.” This would equate to some 12, 000 of the six million homes covered by CIGA guarantees.

Rudd’s figure of “over 99 per cent” success, would imply a failure rate of less than one per cent – let’s say 0.9 per cent, or 54, 000 homes, I’m not quite sure why the Department of Energy and Climate Change’s (DECC) figure for failures should be four-and-a-half times greater than CIGA’s, but it is at least an admission that nobody knows the true figure. Both CIGA and DECC seem to be making the schoolboy error of mistaking absence of proof for proof of absence.

I have always suspected that CWI defects are far, far greater than either of these estimates, and are grossly under-reported, for several reasons. Firstly, many people with damp homes do not realise that their problems are caused by CWI, and have therefore never bothered to have it investigated. They buy dehumidifiers or expensive electrical ventilation systems, or pay for chemical-injection damp-proofing instead.

Secondly, there are people with no physical dampness symptoms in their homes, but who have nevertheless failed to notice any reduction in heating costs following retro-fit CWI, or have even found that their homes have become colder . They have not yet realised that the damp insulation in their cavities is drawing heat out of their homes, rather than keeping it in.

And then there are those people whose homes have become damp and mouldy following retro-fit CWI, who have reported this to their installer, and to CIGA, and been fobbed off. They have been told that CWI cannot possibly have made their homes damp, and that the dampness is due to construction defects, or to “lifestyle condensation”. These complaints are not recorded in either CIGA’s or DECC’s figures.

There are also many complainants who simply never receive an acknowledgement or reply, from either their installer or from CIGA. Some give up trying, and pay specialist extraction firms to remove the insulation. None of these complaints, too, will trouble CIGA’s or DECC’s record keepers.

How many homes are affected?

So what is the true percentage of defects in homes with CWI? Until recently, it has been impossible to say. But now we have a tool which, in the right hands, can be used to detect CWI defects without drilling into walls or removing bricks. Infra-red thermal-imaging cameras, used at night, during the heating season, can measure the heat escaping from different parts of a property’s walls. This data can be analysed using computer software and can identify unfilled areas (voids) in the insulation, areas where insulation has become damp and/or slumped in the cavity, and houses where the installers have drilled holes, but neglected to actually blow in any insulation.

Thermal-imaging company IRT Surveys Ltd has compiled data from 250, 000 UK homes, and has found that about half of the cavity-walled homes it investigated have damp, slumping or missing insulation (00; irtsurveys.co.uk). Should this figure hold true across the total housing stock, it will mean that out of CIGA’s six million guaranteed properties, some three million could have problems.

It is easy to see why CIGA would not want to acknowledge such a possibility, since its accounts show that it has only £18 million in the bank. Were three million guarantee holders to claim, there would only be enough money to give them £6 each.

Cavity Insulation Guarantee Agency chief executive, Gerry Miller, said: “All the evidence shows that cavity wall insulation does exactly what it is meant to – keeps homes warm and keeps bills down. In the very rare instances cavity wall insulation results in a problem not resolved by the installer, CIGA have the resources and expertise to step in and put things right under the terms of the Guarantee.

“CIGA has issued six million guarantees in the past twenty years, and only two in every thousand homeowners who have cavity wall insulation installed have ever reported a problem."

DECC’s stance is harder to fathom. After all, it is a government department, and the government is supposed to represent the interests of its citizens. Why would DECC continue to deny that cavity wall insulation causes problems, in the face of mounting evidence that it does? The answer to that might just lie in the obscure world of carbon trading.

In order to meet its greenhouse-gas emissions targets under the Kyoto Protocol, the Government has instructed the energy supply companies to insulate as many homes as they can. Homes are estimated to account for one-third of all the energy used in the UK, and of that, four-fifths goes on heating. So it is not surprising that the Government has set its sights on improving domestic insulation standards, with CWI seen as a cheap and easy option.

The effects of the insulation are logged as how much carbon dioxide (“carbon”) this will save (by reducing gas and electricity use). Insulating a detached house is supposed to save 1.1 tonnes of carbon every year, for a projected lifetime of 40 years. An insulated semi-detached house will save 650kg of carbon pa, a mid-terrace property 430kg pa, and so on.

The UK Government claims it is currently well on track to meet its Kyoto targets by 2020, and CWI plays a big part in that estimate. But, supposing it were to emerge that half of the houses included in the Government’s calculations had not been properly insulated at all? Supposing a proper investigation were to reveal that the UK had been wrongly claiming, say, two million tonnes of carbon savings, for each of the past 10 years? And all because of wrongly-installed cavity wall insulation?

Apart from the obvious political embarrassment, the UK could find itself up before the European Court of Justice, which has the power to impose large fines.