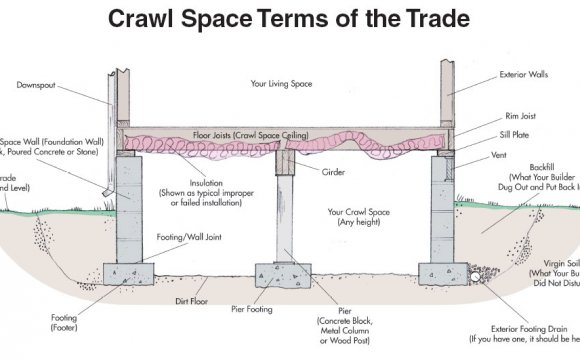 In short the answer is generally yes, they should be closed up during the winter months. If you follow our Monthly Maintenance Schedule, we recommend the month of October as a good time to do this.

There are a couple of reasons for this with the first being you want to &/or snow from entering. The second biggest issue has to deal with stack effect. As you may recall from the ever popular graphic on the left, this is the time of year where cold winter air likes entering the house through openings down low, while that nice warm air likes to escape up high and it creates lovely items like ice-dams. While this will not eliminate that issue, it can help slow it down. Then of course, there is always the warm toes & comfort reasons…

How to seal your vents:

Most vents come with louvers allowing one to simply slide them closed from the outside. In other cases you may need to apply a foam plug or other sort of cover over the opening. If yours have been severely damaged &/or do not have screens (to help keep critters out when they are open) you may wish to consider replacing them.
This one is from Battic Door which includes a new frame, screen & cover in one handy little unit. You might not even need to go into the crawl space to mount it as you can easily mount & adjust the backer bar & fittings through the opening. Then you simply add in the filler plate & screen shown below. (Pictures courtesy of Battic Door)
Don’t want to have to worry about closing your vents… you might want to try out the Smart Vent.

Not only does their product automatically close off when the temperatures drop, but it also is designed for those that live in coastal areas (or other places where crawlspace flooding might be an issue) by automatically opening up to allow water to drain out as they show below.

While there are many opinions on this subject there really are not to many legitimate reasons not to, especially if the temperatures in your area routinely are down near the freezing point. One of the biggest reasons not to, is for those individuals that fool hardly have combustion equipment in the crawl space &/or that is where the air is drawn from. With that this issue should be addressed & remedied.

Another commonly quoted reason is that they have moisture issues even during the winter. With that, if you are in a climate that regularly gets to or drops below freezing, the vents should still be sealed.

No matter where you live any moisture issues should be dealt with by dealing with the grading, utilizing a vapor barrier, and fixing any leaks. As for that musty smell that seemingly comes up during this time of year… part of that is from stack effect, a lack of air-sealing & it is also a hint that you have an issue that needs correcting.

No matter what type of house or foundation system you have, or in this case whether you choose to seal or not seal to your crawl space, one should test for radon. If radon is found then additional tests should be completed & if necessary dealt with properly. Leaving your vents open doesn’t eliminate radon issues it just might mask what the true numbers really are.

As we mentioned above, while there are plenty of “you shouldn’t” close the vent arguments, by & large there are many more valid reasons to never open the vents. While “vented” crawlspaces are seen as traditional & standard, the materials know available along with a better grasp on building science makes them frankly outdated & a bad idea. With that one shouldn’t just leave their crawl space “sealed” without doing it right. We will actually touch on this more later but I did want to share one last “vent” that is actually used on some of these types of crawlspaces.

This is an insulated but non-ventilated Smart Vent which covers issues with coastal areas where they mandate “venting.”