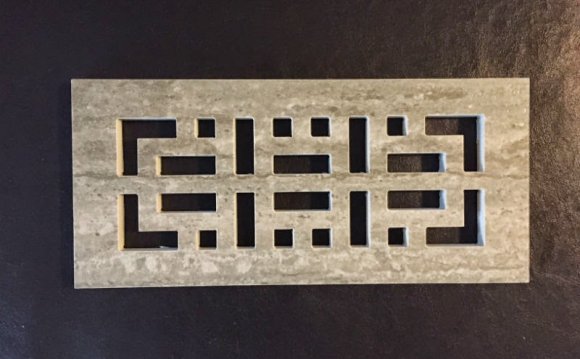 To our dismay, when we moved into our 40s era house, we discovered that nearly all the heater vents and our cold air return vent had been painted over (so therefore stuck to the walls). We would like to remove them and replace, but not only is nearly every vent cover a different size, they are all odd-sized. I have looked online at companies that sell covers, and have never seen the sizes I need. Surely I am not the only one in this predicament? Seems silly to have them custom made when we are not looking for anything fancy, just something without 70 years of paint build up on them... Vent Detective

We had the same problem and ended up having them 'stripped and dipped'-basically, having the metal stripped down and then having them repainted with an enamel finish. It worked very well in that they look (and work) much better, though we didn't pick the paint color well (went with an oil-rubbed bronze color that came out looking more like brown-I would either do an actual metal finish or a true black). We had mixed experiences with the people who did ours so I won't recommend them, but I believe many local auto body shops will do it. It was a couple hundred dollars to do all of the vent covers in our small house-not cheap, but far less than getting custom vent covers made. Ours had also been painted in lead paint that flaked off whenever we tried to open and close the vents, so the cost was well worth it for us. To get them off, you can scrape the paint from the screws and unscrew them. Then score the edge with a razor blade and then (gently) use a chisel to free the vent cover. I never did find any replica covers that were the right size, and got tired of stalking Ohmega Salvage for something that might work. No longer covered in paint Try Van Dyke Restorers: The heater vent covers in our old house were rusty and unsightly, and our contractor had them chromed. They look amazing! May 2006

I have heat registers in my floor and I thought I could put a piece of furniture that was on open legs over it, but someone said the heat may dry out the furniture. When we first bought the house, there were these clear plastic things on top of the vent that fit over it that would direct the air outward rather than upward. For some reason, that plastic piece disappeared when we moved in. Where can I buy something like this and would it solve my problem? It's annoying that the vents really limit where you can place furniture (they are centered under windows).

The piece you are looking for should be at most hardware places (including Home Depot)... it has been many years since I've bought one, but they were fairly cheap and were made of two sliding plastic pieces (so you could adjust the width) and also had small magnets on the bottom, so they would stick to the heat register. Basically, their purpose was to divert the heat in a certain direction, 90 degrees across the floor, instead of straight up. I'm not positive that this will protect your furniture, since hot air will still be fanning out underneath, even though it's going sideways, instead of straight-up.

You have one other alternative- a thin magnetic sheet that will completely cover the register, which means essentially 99% of the heat is blocked and forced to exit through the next nearest registers. This should also be relatively cheap and found in most hardware stores. Just ask the staff, and they should know what you're talking about. Don't do this to too many registers in your house- I'm told that the increased resistance causes stress on your furnace fan. Jim