Should crawl spaces be ventilated 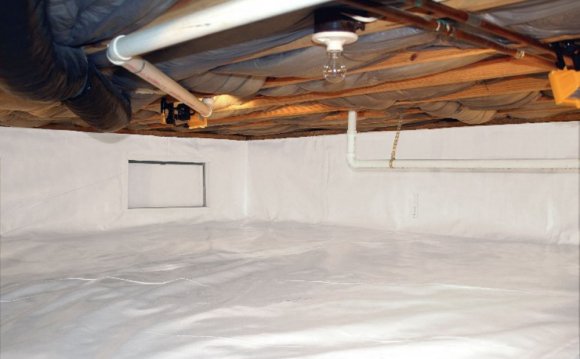 The crawl space is not an area where many homeowners dare to venture. It is often dark, damp and cold—uninviting, to say the least. If left “unfinished, ” this seldom-visited underbelly of the home can reduce the indoor air quality of the living areas above, cause moisture-related problems to the structure of the home and increase utility costs. A qualified basement or crawl space contractor will be the homeowner’s best bet for finishing the home’s crawl space.

Crawl Space Blues
Crawls spaces may appear to serve little purpose, but in truth they have a few important functions. To start, a crawl space may have been used in place of a basement to save cost. The crawl space elevates the home off the ground (as opposed to a slab), which can be a necessity in particularly damp or termite-prone locations. The crawl space can also house the plumbing and ductwork of a home and grants access to repair or service those systems. They may not be transformable into a game room or den, but clearly the crawl space adds some benefit to the home.

The unfinished crawl space might also be increasing energy costs. Many crawl spaces have built-in ventilation to allow airflow—a code-enforced design originally intended to mitigate moisture. The latest studies on crawl space ventilation indicate that, in some climates, ventilation is actually contributing to moisture and humidity in the crawl space. Furthermore, ventilation allows winter cold to have free passage under the home, which can result in higher heating bills. Fortunately, there are some simple ways to “finish” the crawl space to reduce the moisture issues and increase energy efficiency.

Moisture Mitigation: Vapor Barriers and Encapsulation
The elimination of moisture and reduction of humidity in the crawl space is crucial to a healthy home. This step will help control mold growth, wood rot and insect infestation, which can also alleviate any rodent issues. Reducing moisture can put an end to any mustiness or unsavory smells emanating from the area. It will also prevent the hardwood floors above from warping.