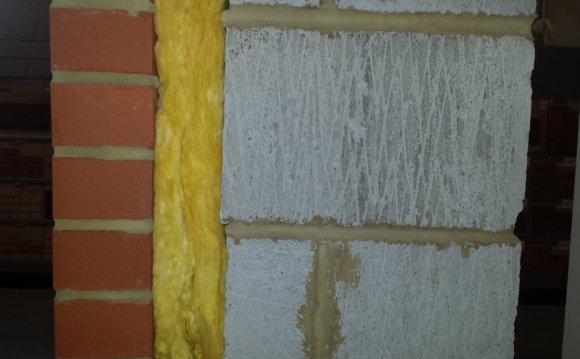 You questioned this diagnosis, and the insulation manufacturers also inspected, drilled a hole and used a boroscope to look inside the cavity. In one area the cavity was blocked with debris, and they also noted various areas of voids. They also said the black mould was caused by furniture close to the walls.

You disputed these findings, and CIGA eventually sent an inspector. You say he carried out a survey purely by looking at the property. He did not drill holes or use a boroscope, nor remove any bricks to check for wet insulation or debris in the cavity. CIGA’s written report stated that there was no evidence that the CWI had “caused or contributed to any issues with water penetration”.

The responses you have received from the industry are fairly typical. First of all they ignored you, in the hope that you would go away. Then they told you that your dampness is caused by defects in your property and “lifestyle condensation”. Your protestations that the house did not have any dampness issues until the cavities were filled have been ignored.

Your house is on a headland just 500 metres from the English Channel, in Exposure Zone 4 (the highest category). You tell me it is often hit by severe wind-driven rain. In any case, the pre-installation survey should have spotted existing defects such as damaged pointing or debris in the cavity. These alone should have ruled out cavity insulation for this property.

Since I became involved with this matter in July, things have taken some interesting turns. Not least is the fact that you were copied in on an email from CIGA’s Technical Manager, John Campbell, to his CEO. In it, he referred to your complaint, saying, “She has far too much time on her hands and nothing better to do.”

I called John Campbell for an explanation, but he refused to answer my questions. He referred me to CIGA’s CEO, Gerry Miller, who apologised for Mr Campbell’s remarks and told me he has now been sent on a “customer care course”. He also said to me, “Which of us hasn’t ever copied an email to the wrong person?”

This is quite extraordinary. The problem is not that the email was copied to you in error – the problem is that it was written at all. In fact, I’m starting to wonder if this attitude to a customer’s legitimate concerns might be a mindset within the organisation. Perhaps it contributes to CIGA’s repeated claims that only a tiny proportion of the dampness complaints it investigates are due to CWI.

Miller also said that, in his view, your dampness problems were caused by last winter’s unusually heavy rain. Cavity insulation suppliers and installers continue to insist that CWI is water-repellent and cannot allow rainwater to cross cavities – although I notice that the Government’s Energy Saving Trust now states on its website that homes are only suitable for cavity insulation if the walls are not exposed to driving rain.