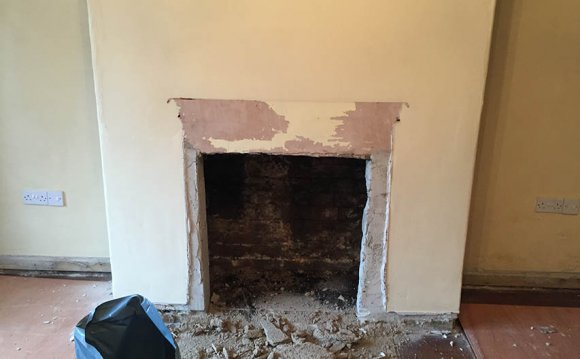 Are Your Internal Walls Damp Due to Cavity Wall Insulation?

It may be useful to first understand what a cavity wall is, and why damp problems can be caused by inappropriately installing cavity wall insulation (CWI). Cavity walls were first introduced in the early part of the 1900s and were initially used in coastal areas, because of the high exposure to wind driven rain.

In a solid wall, wind driven rain could totally soak the wall through, leading to the interior face of the brick (and by extension the inside walls of your home) becoming wet and damp. By building houses with two “leafs”, with a gap (cavity) between them, only the outer leaf would get soaked. Any damp moisture that came through the brick work would either evaporate, or run down the outer leaf to the ground.

This principle kept the inner leaf free from moisture. With changes in building regulations, the use of cavity wall construction became more widespread until it became a requirement for buildings to be constructed in this way. The two leafs of a cavity wall are held together using a series of metal “wall ties”. However, if the cavity is bridged, either through building debris or sand, then the moisture can travel across the bridge and can affect the inner wall resulting in damp. CWI can act as such a bridge.

Was Your Property Subjected to a Thorough Pre-Installation Suitability Survey?

For this reason, it is not good practice to install CWI in areas of the country subject to wind driven rain, or in properties that have experienced problems with damp in the past. These are matters that should be identified by a suitable pre-installation suitability survey.

What Happens When The Cavity Insulation Becomes Wet?

If the insulation material becomes wet it will also reduce thermal performance, which means that rather than keeping your property warm, it is now actually making your property colder. This can then lead to increased levels of condensation, as the walls are now colder.

The idea that CWI can cause damp problems when installed in an unsuitable property is nothing new; CWI has been used in the UK with the aim of improving the energy efficiency of homes since the 1970’s. Until the introduction of government backed schemes which provided insulation for free, the number of homes insulated in the past has been relatively small and therefore the number of problems experienced by home owners due to poor installation of CWI as a percentage has also been lower.

Did Your Property Really Need CWI Fitted in The First Place?

With the Government supported drive to meet international emissions targets and reduce the cost of domestic energy bills, property owners have been offered the opportunity to have CWI fitted in their homes, either at minimal or no cost. This approach, combined with a large number of installers joining the market place, has resulted in a massive increase in the number of properties being fitted with Cavity Wall Insulation. This unprecedented push to insulate as many properties as possible has resulted in homes which are unsuitable being installed with CWI and going on to suffer damp problems as a result.

Whilst all CWI materials installed badly in the wrong property or in an inappropriate location can lead to damp problems, blown fibre and mineral wool type products, by the nature of their construction, are able to absorb and retain moisture. This allows it to “wick” across the cavity, affecting the internal wall of the property and causing problems such as crumbling plaster, wallpaper lifting and furnishings being impacted as a result of damp.

A significant number of our clients have experienced problems as a result of poor installation of their CWI. Usually the first indication that there is a problem is the appearance of damp patches on internal walls. It is important to recognise that not all of these damp problems are caused by the installation of CWI. However, it can often be the case that a property that did not have a problem previously can develop a problem later, either because of the nature of the construction of the property, or because the property is in an area subject to wind driven rain.

This is caused by ground water moving up through a wall. While most walls are able to allow some water in, it is generally prevented from causing damage by the existence of a barrier called a damp-proof course. This is usually a horizontal plastic or slate strip in the wall, but can also be retrospectively installed in the form of a chemical barrier injected in intervals into the brickwork. If your property doesn’t have a damp proof course or it is not working effectively, your wall may suffer from rising damp. This can also happen when the level of the ground outside your home is higher than your damp-proof course protects, allowing water to reach above it. Installing CWI in a property with this problem can lead to the moisture rising up through the insulation and making the interior walls damp.

This is caused by water leaking through the walls. The moisture may move around within a building, but this is through horizontal movement through the bricks rather than by travelling up walls. It is usually caused by structural problems in a building, such as faulty guttering or roofing, or when cavity wall insulation acts as a “wick”, transferring moisture from the outside “leaf” of the wall to the inner “leaf” of the wall. Typically, penetrating damp is evidenced by the wall feeling cold and damp to the touch, wallpaper lifting, wet or crumbling plaster and on painted walls, the damp patches will appear as a darker area edged by a “tide mark”. Sometimes patches can be accompanied by the presence of white crystals, which are salts leaching through the plaster.