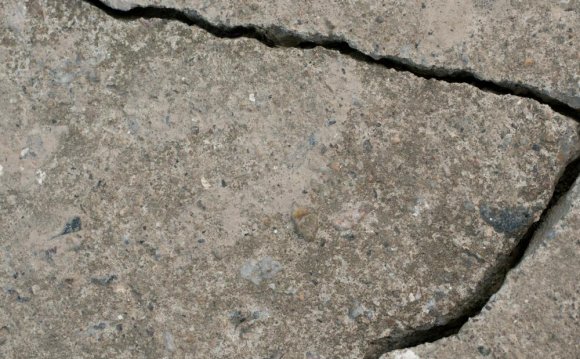 Concrete has been used in construction since ancient times. It is made from a mixture of cement, aggregate and water. Poured concrete (the most common type of foundation in Chicagland) is formed (casted) onsite. Concrete block is concrete formed and hardened offsite in a manufacturing plant. The first house in the country built using concrete block was in 1837 on Staten Island, New York. In 1900, American Harmon S. Palmer patented the first hollow concrete block design.

Sand and gravel aggregate is found in abundance throughout the Midwest. They are the raw materials needed to manufacture concrete block. Many people use the terms “concrete block” and “cinder block” interchangeably. It should be noted that there are distinct differences. Cinder block tends to be lighter because it uses remnants (ashes) from burned coal as the aggregate instead of heavier sand or gravel.

In the early 1900’s, mass production methods led to a proliferation of homes being built using concrete block. They became popular because they were easier to store and transport when compared to stone and brick. They were also advertised to be “fireproof and weather proof”. The great ”, which is used in above grade construction. Concrete blocks used to build foundations usually come in 16 inch x 8 inch x 8 inch units and weigh about 40 pounds each. They are stacked by a mason and held together using mortar.

Over time, soil and water pressure exerted against the foundation causes the mortar to break down and wear away. Consequently, water seeps through the exterior mortar joints and into the hollows of the block. The water trapped inside the block eventually leads to foundation seepage. It should be noted concrete block is porous by nature. It easily absorbs moisture, which can contribute to mold problems.

In some instances, the soil and water pressure is so great that it causes the wall to bow inward. We'll discuss the structural concerns of this movement at another time, but we do have an answer.