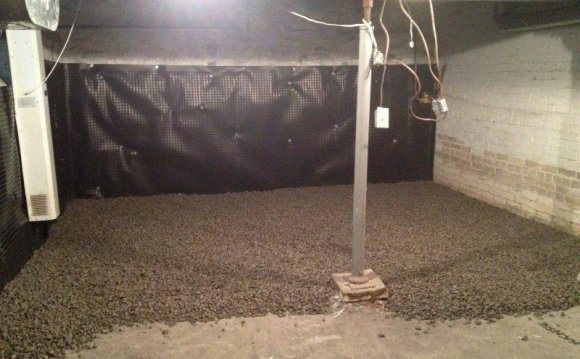 This exterior approach involves removing the earth away from basement walls (where possible), cleaning and recoating the walls, and updating the existing drain tile. Additionally, the idea is to treat any foundation cracks etc., that are found, to attempt to prevent future seepage. This system relies on the structural integrity of the original foundation basement walls, and can only be performed where access can be gained to those areas.

You should be aware that this method is also fairly comprehensive and that some disruption to landscape and or side walk areas, along with resettlement, is to be expected.

This inside, outside and indoor environmental approach to total foundation protection gets its name, and its patent, from its ability to resolve the entire water problem vs. just one or two parts of it like option 1, or option 2.

The Multi-Step System gets its popularity by not only solving the current problem, but preventing future ones as well as improving the comfort and health of the homes indoor atmosphere.