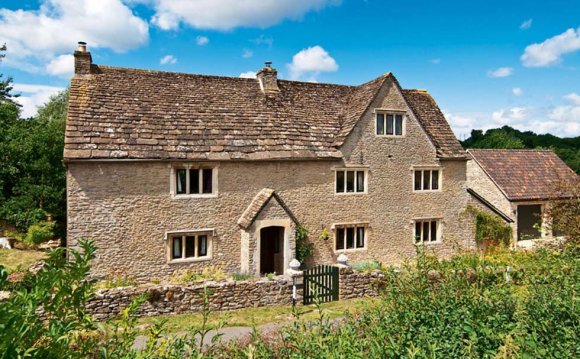 Damp can damage much more than a building’s appearance. It may lead to the deterioration of plaster and masonry, promote timber decay and create unhealthy conditions for occupants. Unfortunately, inappropriate treatments for damp commonly cause greater harm to old buildings than centuries of degradation.

Over-reliance on electrical moisture meters frequently leads to unnecessary expense and damage through the retrospective installation in walls of horizontal damp proof barriers (damp proof courses or DPCs). Equally the harm done by modern solutions that aim to seal old walls rather than improve their ability to breathe is underestimated. An appreciation of how the basic construction of old buildings differs from that of new ones will help you avoid such misguided remedies.

In this article we cover:

Old buildings must be allowed to breathe. Whereas modern buildings rely on keeping water out with a system of barriers, buildings that pre-date the mid-19th century are usually constructed of absorbent materials that allow any moisture that enters to evaporate back out.

Because most old buildings were constructed with solid walls without damp proof courses and originally had no roofing felt, rain or below ground moisture could both enter. This did not, however, mean dampness was inevitable. Before central heating was commonplace, heat from open fires drew in large quantities of air through loosely fitting windows and doors. This high rate of ventilation would have quickly evaporated moisture from permeable internal surfaces while the wind dried out any damp roof timbers or permeable external wall surfaces.

An equilibrium was therefore established whereby the moisture being absorbed was equal to that evaporating. When upgrading an old building, you must maintain this equilibrium for the building to work as intended and remain dry.

The main risks arise from:

Energy-saving measures that reduce ventilation in old buildings such as double-glazing increase relative humidity. Humidity is also raised by modern lifestyles that generate large quantities of water vapour, from bathing, cooking and washing. Condensation will occur on any surface below the dew point (i.e. temperature at which saturated air releases surplus moisture vapour). Interstitial condensation within the pores of materials reduces thermal insulation and further increases the risk of condensation.

Roofs, chimneys, parapets and other exposed parts of a building are most susceptible to rain penetration, especially where access for maintenance is difficult. Junctions in roofs are potential trouble spots, with water exploiting defective lead flashings, mortar fillets, ridges or hips.

Concentrated and prolonged wetting of walls and external joinery arises from poorly maintained rainwater fittings, and leaks from parapet and valley gutters can cause significant damage to structural roof timbers. Hairline cracks in pointing and render invariably admit moisture where cement mortar has been used for repair, rather than lime.

This results from overflowing baths or showers, burst pipes, the gradual breakdown of pipe joints, leaks from washing machines or dishwashers, and accidental damage.

This may be rising damp, which is neither as widespread as commonly thought nor a total myth, as sometimes now claimed. Floors become damp where the evaporation of moisture from below is inhibited by vinyl sheet, rubber-backed carpets or other impervious coverings.